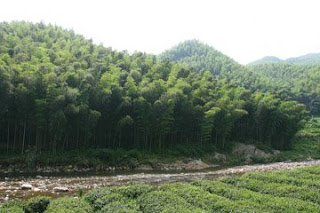 Bamboo – a viable replacement for wood

Traditionally Carpenters use wood and have done so for thousands of years, however the high demand
for timber has had a major impact on our environment, so its time for change.
Having researched the possible use of a more Eco friendly product bamboo is definitely the best possible option being:- 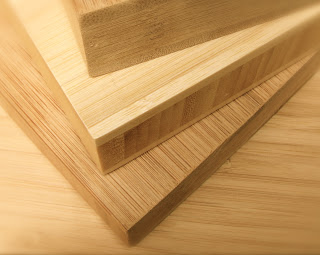 Apart from its being eco-friendly, bamboo is rapidly becoming a trendy alternative for traditional wood Because of its beauty, strength and versatility it simply cannot fail to create the “WOW” factor, attracting approval and compliments even from the uninitiated. A smart choice and a step in the right direction in working together to do your bit for the planet!

Some interesting facts about Bamboo

Bamboo is the fastest growing woody plant on the planet, rapidly renewable and a stainable resource.
There are over 1500 species of bamboo which have been identified globally
It grows one third faster than the fastest growing tree, some species can grow up to 1 meter per day.
It can be selectively harvested annually, does not require replanting
and takes 4 to 6 years to reach maturity whereas traditional hardwoods take up to 60 years and an oak tree 120 years..
Bamboo’s tensile strength is higher than that of cold pressed steel
Bamboo Flooring is 45% harder than Jarah
It is the fastest growing canopy for the re-greening of degraded areas and generates more oxygen than an equivalent stand of trees.
It lowers light intensity and protects against ultraviolet rays and is an atmospheric and soil purifier.
Bamboo’s cost is about the same as for maple and oak hardwoods
Bamboo is the most stable of all wood flooring
Low Maintenance and Moisture Resistant – no waxing, sanding, oiling, just a dry mop.
Moa Bamboo (a species of bamboo) is not eaten by the giant Panda, Red Panda or Himalayan black bear.

EVERY
kitchen, piece of furniture or floor laid etc.
Represents a Tree in the Rainforest Not been Cut down! 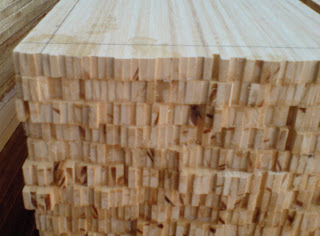 Eco-friendly characteristics of Bamboo. Bamboo is sustainable and renewable.

A sixty foot high tree would take around 60years to re-grow, however, the equivalent to sixty feet in bamboo would only take 60days to grow. Bamboo matures in 6 years, with over 200 stalks coming from a singlebush. This is in comparison to the 10(Eucalyptus) -120 (Oak) years taken byconventional timbers. Woolworths, who was voted “The Most Responsible Retailer of The Year”, no longer purchases certain woods – which are now being termed “blood woods”, e.g. BloodMaranti. Maranti is harvested in Indonesia where Orangutans are slaughtered duringthe harvesting of the timber.
It is then shipped to Malaysia, where it is stamped, “Madein Malaysia”, thereby “laundering” the wood. Oriental Bamboo products are ecofriendly,using only Mao bamboo, a species of bamboo not eaten by the giant panda,the red panda or Himalayan black bear. Bamboo is the fastest growing plant on earth, it is known to produce a greater biomass2, and 30% more oxygen than a hardwood forest of similar size. Bamboo, whilst producing this much oxygen, absorbs up to 12 tons of carbon dioxide per hectare, making it more efficient than hardwood trees. Bamboo thus has a low carbon footprint (carbon neutral).

Bamboo increases its biomass by l0-30% per year, which far exceeds that of trees, which is 2-5% annually. Bamboo improves watersheds, prevents soil erosion, and removes toxins (heavy metals) from contaminated soils and water. Bamboo is a natural water control barrier. With its widespread root system and large canopy, bamboo greatly reduces rain run off, prevents massive soil erosion, and keeps twice as much water in a watershed4. Bamboo has a very high water use efficiency, double that of any tree species. Laminated bamboo is significantly less toxic than your typical carpet- guidelines from the Environmental Protection Agency and the Carpet and Rug Institute call for carpets. 1: A natural resource qualifies as a renewable resource if it is replenished by natural processes at a rate comparable or faster than its rate of consumption by humans or other users.

2: Biomass refers to living and recently dead biological material that can be used as fuel or for industrial production. [Biomass]

3 :A carbon footprint is a "measure of the impact human activities have on the environment in terms of the amount of greenhouse gases produced, measured in units of carbon dioxide" [Carbon Footprint]

4 :A watershed refers to a divide that separates one drainage area from another drainage area [Watershed] to emit no more than 0.5 milligrams of VOCs5 per square meter per hour. High quality Bamboo products emit VOCs at a virtually undetectable .00563 milligrams/sqm/h. Non-eco-friendly characteristics of Bamboo (production) - NOT Our Bamboo. Whilst bamboo is sustainable:- bad management practices have resulted in the destruction of natural forests to make way for Bamboo plantations. This approach destroys bio-diversity, resulting in a mono-culture. Bamboo forests do not generally need fertilizers or pesticides. However, they are being used to increase yield. There is no comparable FSC Certification for Bamboo forests, ensuring that the forest has been harvested in a sustainable fashion. This is being looked at by the FSC, but nothing is published yet. However, INBAR, an organization dedicated to Bamboo, does, in a measure fulfill a similar role to the FSC.
Most bamboo products have carcinogenic urea formaldehyde binders. Not all factories product E1 standard or zero formaldehyde products.

5: VOC as any organic compound that participates in a photoreaction.[VOCs]